As Elden Ring approached its launch date, it was already one of the most anticipated games in recent memory. The game from Dark Souls mastermind, Hidetaka Miyazaki, would go on to have one of the largest launches in the history of YouTube with videos related to Elden Ring topping 3 billion views in the first 60 days from the game’s launch. 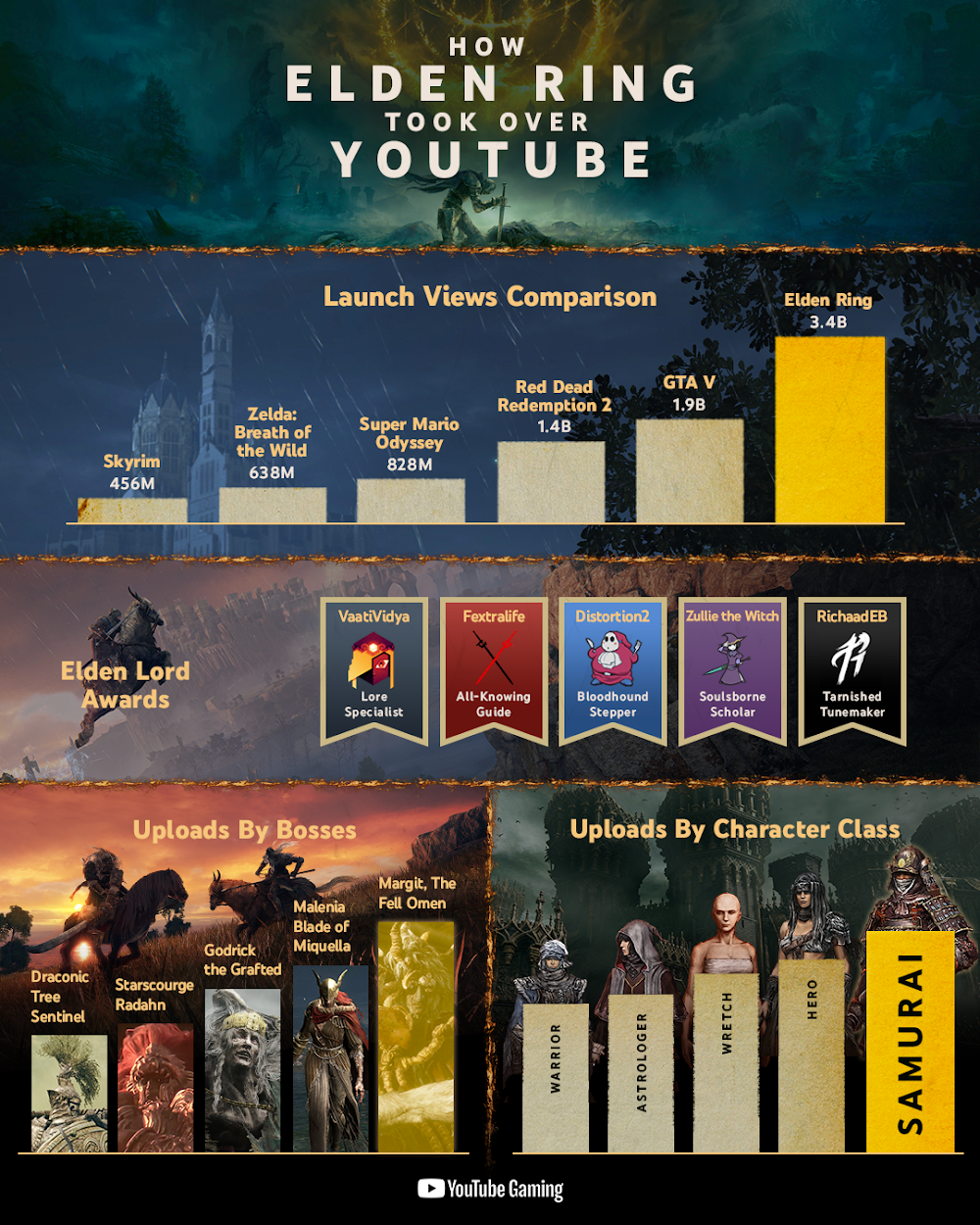 The range of videos that contributed to that towering achievement reflected a broad range of categories and creators. That diversity is visible in the five most-viewed videos during the game’s launch window. That list contains creators with tens of millions of subscribers like CoryxKenshin and creators with hundreds of thousands like AshesWolf. The videos include comedic animation, reviews, tips, and gameplay.

The most-viewed launch videos were a diverse set 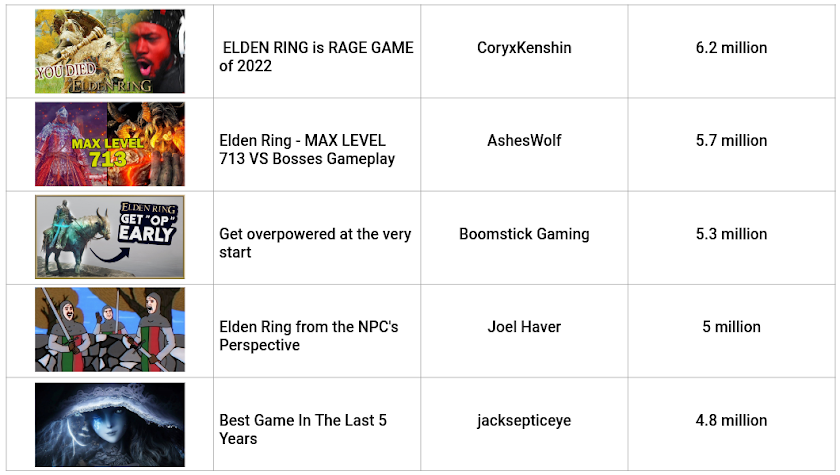 We also looked into which creators amassed the greatest amount of Elden Ring-related views during the launch window.

The Channels with the Most Elden Ring launch views

While the content during that period was predominantly long-form VOD, live streams and shorts were also represented. 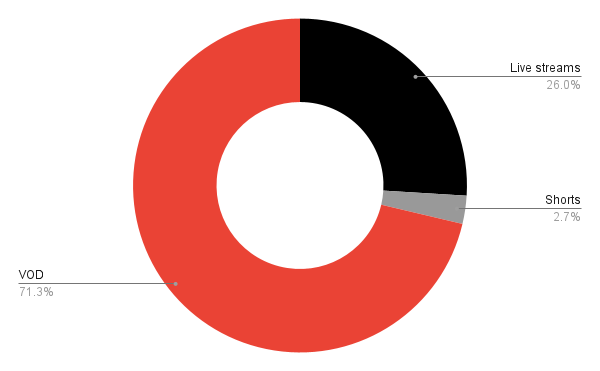 And most interestingly, Elden Ring spawned its own folk hero in Let Me Solo Her, a player who would volunteer to defeat the boss, Malenia, on behalf of other players. People were able to vicariously experience Let Me Solo Her's adventures through video and even celebrate that legend in song. This led videos with "Let Me Solo Her" in the title to gain more than 25 million views.